The geophysical survey carried out at the beginning of the project revealed, among other elements, part of the urban structure of the site. Building 4 was detected in the centre of the field. It is a large building (about 450m2), with a prominent “C” shaped room (area 4), which had apparently been burned.

The 2011 to 2013 campaigns focused on this area and demonstrated that it is a closed space, even though the east wall, which is narrower, deeper, and built with smaller stones, was not detected by the geophysical techniques. The only access to the area is on the south side.

The traces of fire were also corroborated during the excavations, as several burned beams were found, probably from an attic, which had fallen on several pottery pieces. One of the pottery pieces is a black-glazed krater from present-day Sicily, which was used to mix wine and water. The resulting liquid would have been consumed using cups, also ceramic, in this case imported from the Italian peninsula.

The presence of these elements denotes a certain level of luxury. This makes us suspect that the building could have played an important role in the settlement, although future work is needed to confirm this. 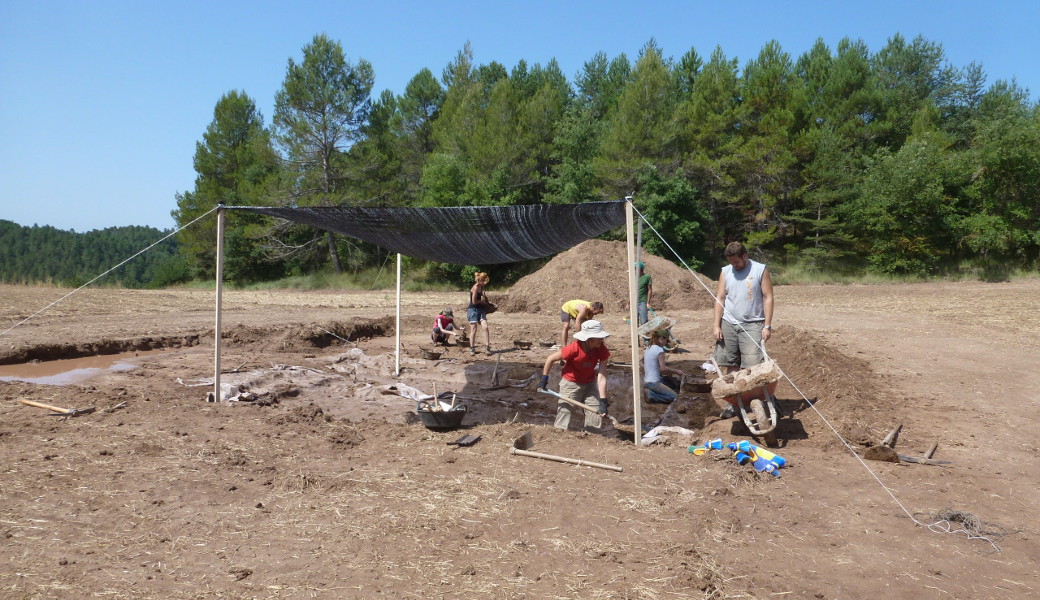 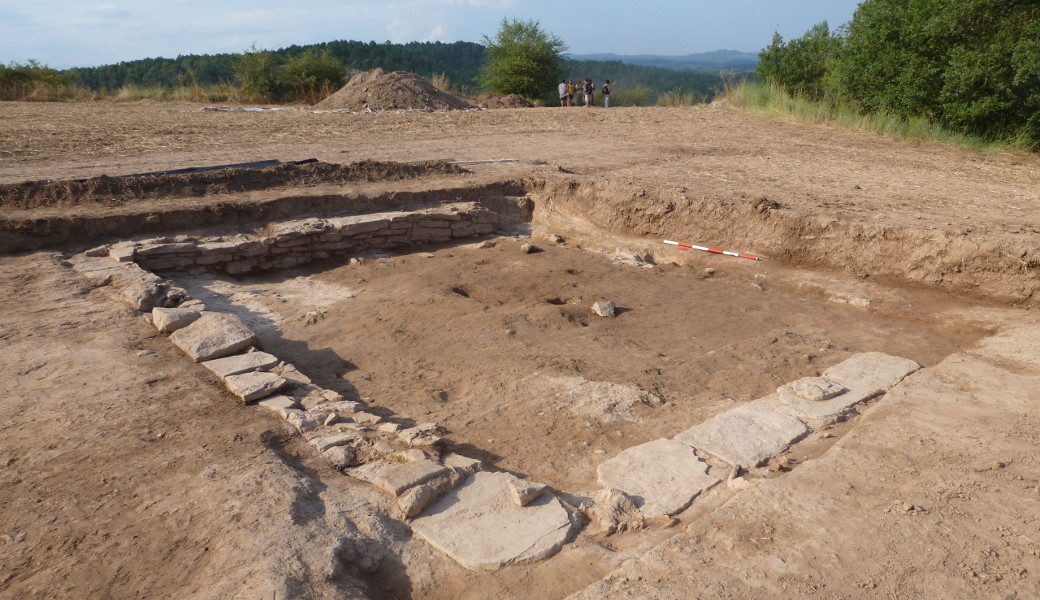 The "C" building from the geophysical prospecting results 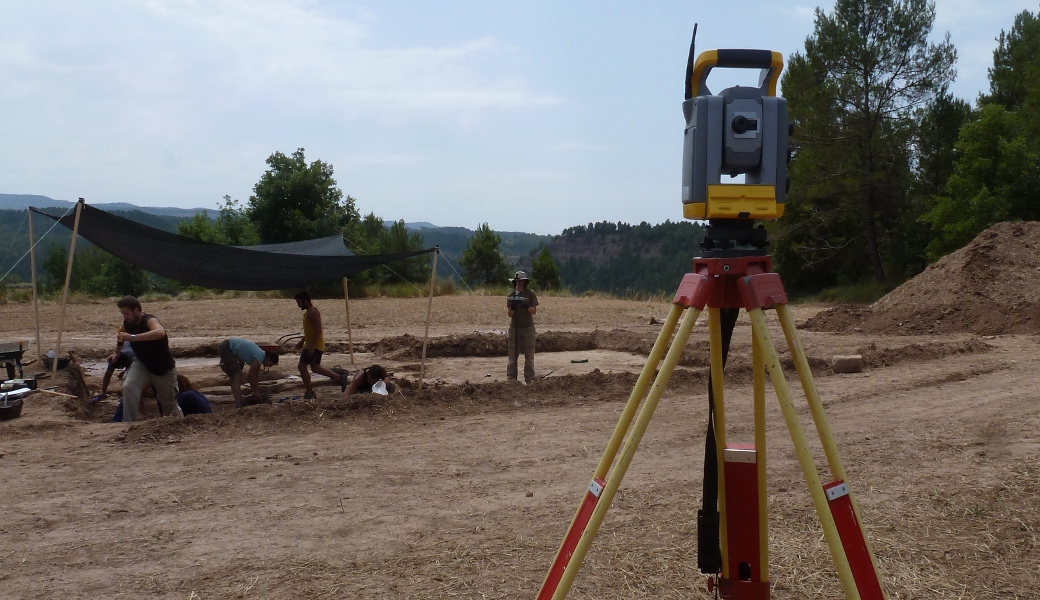 Experimenting with the data, the first steps taken with the total station at the site 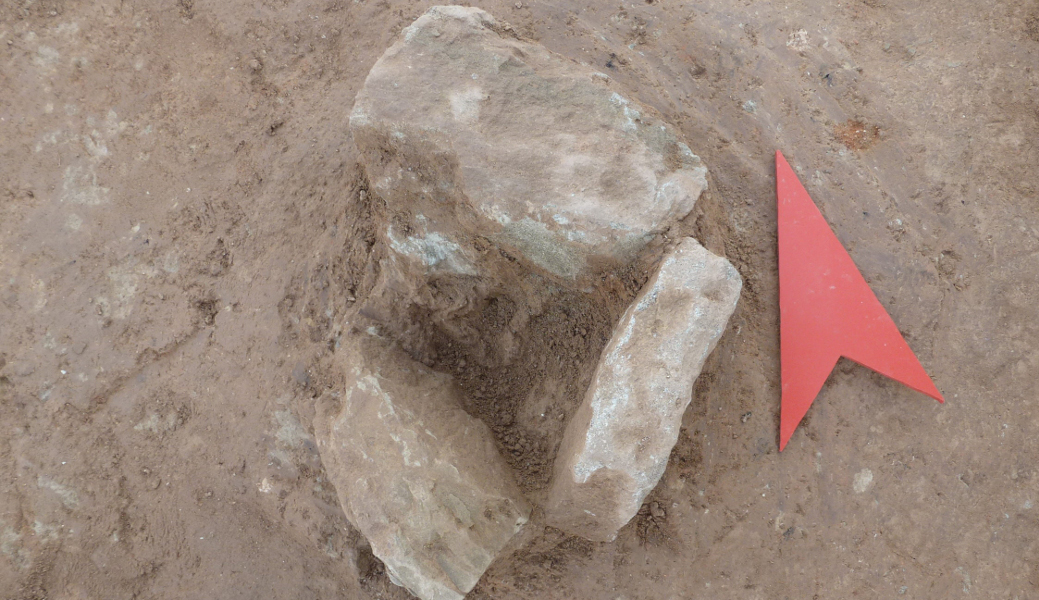 Wedge of an attic support pillar 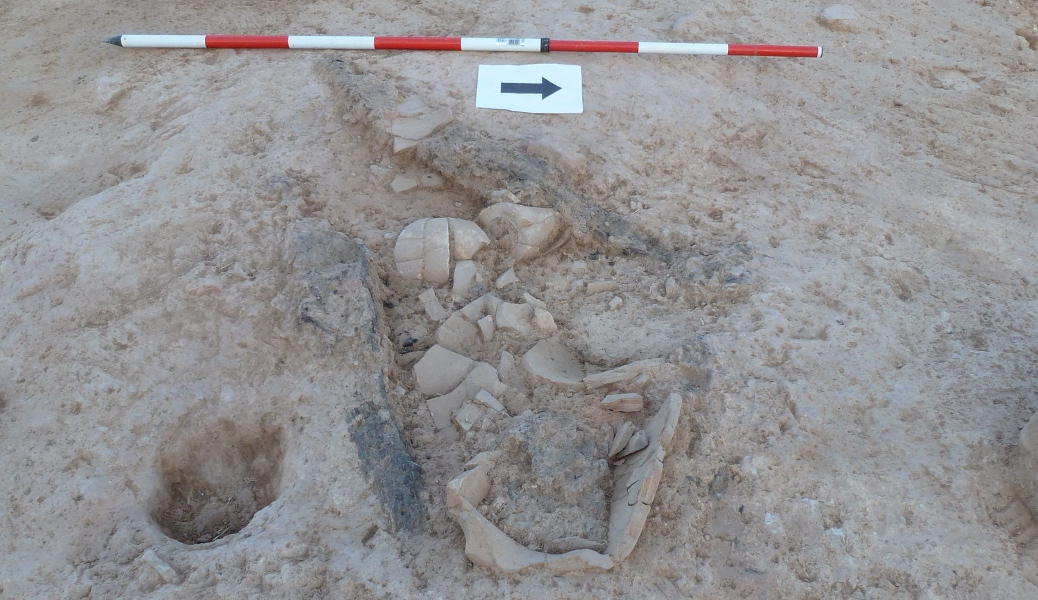 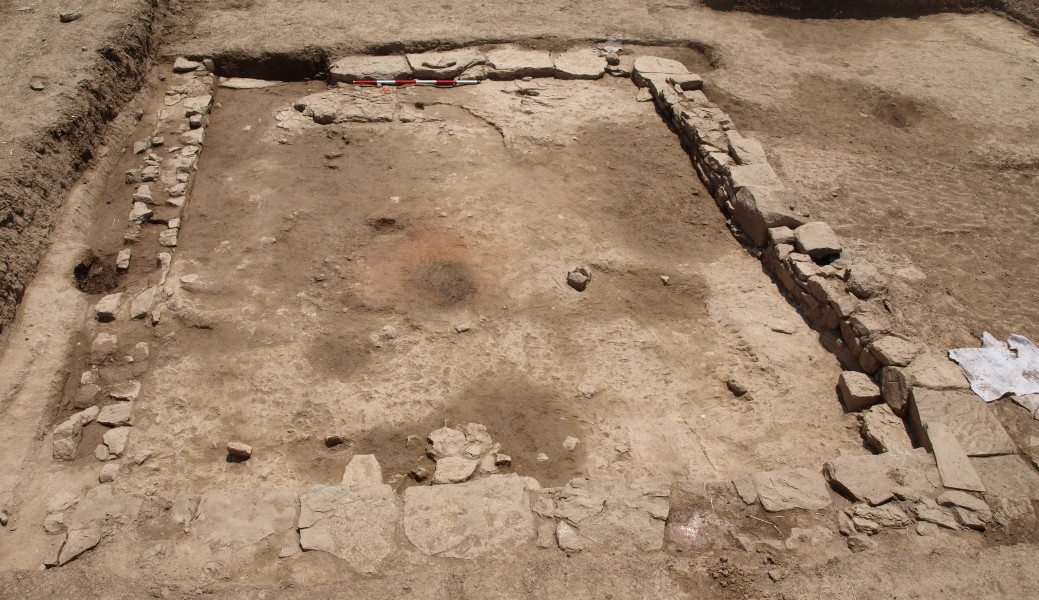 Appearance of the area after the excavation